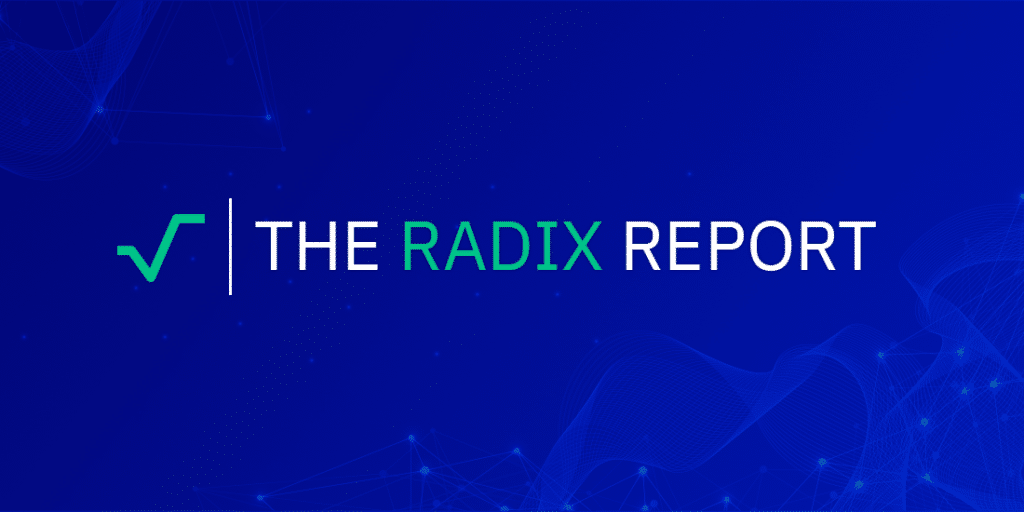 Piers Ridyard, CEO - Radix DLTThe last two weeks continue to be solidly on the bull for the crypto market, with Bitcoin sailing past the $50k mark, and more rumours about increasingly large corporates looking to follow Tesla’s lead and moving to put Bitcoin on their balance sheet.

With the increased economic stimulus via printing money both in the US and globally, the stability of fiat money continues to cause worries for corporations with large amounts of cash on their balance sheet (looking at you Apple) - and more and more evidence is emerging that the non-crypto world is starting to understand why a supra-national store of value is meaningful and important.

Closer to home, at Radix we have started the process of interviewing experienced Solidity and DeFi developers about their experiences with writing and deploying dApps. From these interviews, the Solidity security tax is hard to overstate. It is not uncommon for a team to spend around 10% of their development time writing functionality, and 90% of their time working out all the ways that functionality could have bugs, break or be attacked.

Despite this, we are still seeing the results of more and more sophisticated attacks of the type that the Yearn crew have just had to deal with across many interconnected DeFi applications.

These are not trivial problems, and writing financial applications is complex and careful work. It is precisely interviews of this nature that make me so excited about what is coming down the line for Radix over the next 12 months.

Adam Simmons, Head of Strategy - Radix DLTIt’s been an exciting two weeks for the strategy and marketing teams, as some big news went live and continued work both behind the scenes and on centre stage have continued to build momentum.

As started in the previous Radix Report, this is a great place to highlight community members who have gone the extra mile. In this addition, we want to recognise Florian Pieper (@fpieper) who has been giving detailed answers in the Radix Telegram on a range of technical topics. Thank you, Florian! If you see people going above and beyond in the community, be sure to let one of our team know.

Russell Harvey, CTO & Matthew Hine, Head of Product - Radix DLTThis time the community update is off-sync with our sprint schedule, so I thought I'd highlight some technical team activity that's not strictly "resolved items on the backlog" stuff:

I’ll throw in at least one nice little development win worth highlighting. Some of you have noticed, if following along in github, that nodes have generally been creating quite a lot of storage space load. Sergiy has attacked this head-on and has now achieved a drop in storage growth of about 75%. We expect more optimizations to be possible as well, but this is certainly a huge improvement (for us and for anybody playing with node running), so cheers to Sergiy!

Another busy and eventful 2 weeks in the media and our community have come to an end. We are having the impression that we are hitting the next gear in terms of visibility and are confidently looking towards the exciting future. Here’s a quick rundown of the last 2 weeks: