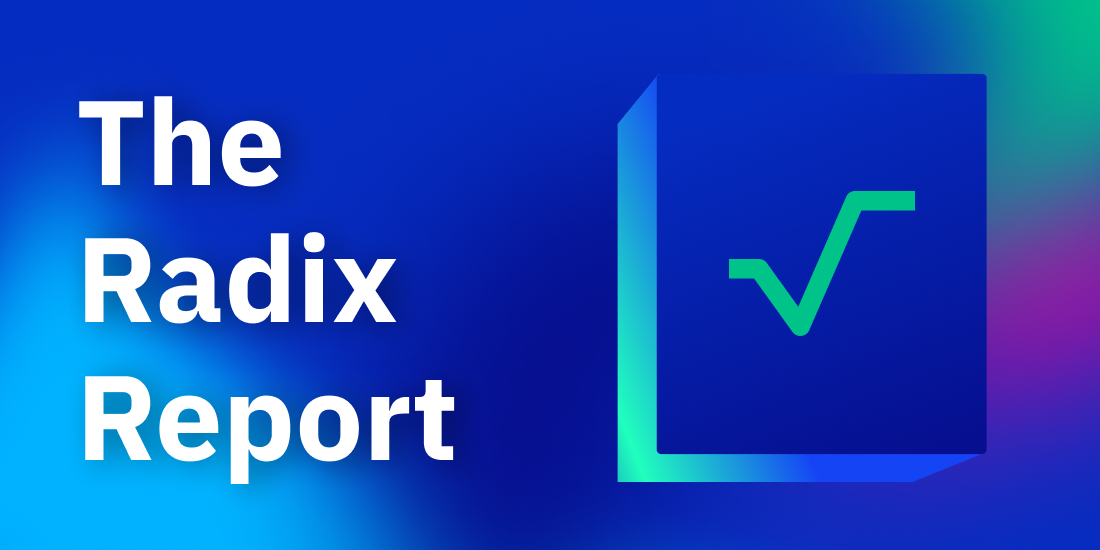 Token2049 was a fantastic moment to reconnect with some of the great and good in crypto, including getting to host an awesome discussion with Emin Gün Sirer (Avalanche), Eli Ben Sasson (StarkWare), Evan Shapiro (Mina Protocol) and Stan Kladko (Skale Labs) on Scaling Blockchain to Mass Market - the video of which will be coming out soon!

I also got to track down some people I have been trying to get onto the DeFi download for a long time, which I am very much looking forward to interviewing...more on that in the next few weeks.

Lastly, if you haven’t yet had a chance to register for APE NYC on the 12th of November, make sure you do: we have spent the last week doing internal hackathons on Scrypto and it is difficult to explain quite how much of a game changer it is going to be for DeFi in the long run!

The last week has been busy with the Marketing team focused on prepping the Alexandria go to market campaign, as well as Q1 and the path to Babylon. Despite this there is no shortage of good news going on for Radix awareness, so let’s dive in:

Usually in this space we talk about our ongoing work on the Olympia mainnet and associated apps like the Radix Desktop Wallet. But at the same time, furious work proceeds on our next big release milestone, Alexandria. While Alexandria won’t bring a change to mainnet, it will give developers first access to early forms of Scrypto and Radix Engine v2, running in a simulator environment on their machine.

Over the past several months, the team has taken Scrypto from concept to a working, usable language that compiles, runs, and is letting us quickly iterate on. We’ve remained believers in the value of an “asset-oriented” alternative to smart contract development, but finally putting our hands on actually building things this way feels great.

The Scrypto compiler adapts Rust’s compiler by adding the variety of Radix Engine-specific features for assets and other new functions that Scrypto exposes through a range of new syntax. The initial form of the simulator environment contained a very basic form of that adapted compiler, and the experience was raw, but it allowed us to compile simple Scrypto code through a form of Radix Engine. From that basis, we have been progressively adding features and  building out a command line tool that allows the developer to simulate things that would be part of an actual network, like set up accounts and tokens, instantiate blueprints into components, push transactions through them, and read the state of components.

We’ve still got our work cut out for us for the next month until our Alexandria Preview Event where we’ll show our progress to this point for the first time! But everything is looking good for an Alexandria release this year that will show our community a new way of building smart contracts that we’re very excited about.