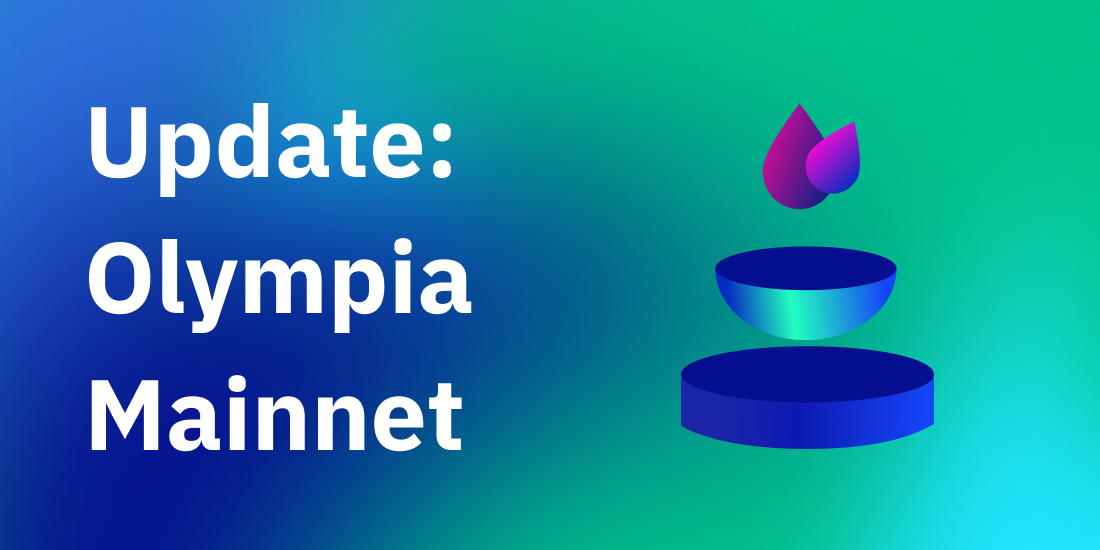 TLDR; Core network testing is complete, however, going live on June 30th would leave too many bad tradeoffs around user experience and user security in some auxiliary services that we are not prepared to make. Olympia will go live on July 28th to provide time to work on hardware wallet support, and refine Instapass and Instabridge.

Thanks to the dedication, support, and hard work done by everyone at Radix and in the community, the Radix Betanet has been a resounding success. The core of the Olympia network has performed well. With the help of many betanet validators, community members, and countless hours from the development team, the Betanet has enabled us to gain important insights ahead of the Olympia launch.

We now have a high degree of confidence in the Radix Public Ledger being performant, secure and reliable.

The core network is just one part of the bigger picture when launching the Radix Public Network. Since Radix is on the path to supporting billions of transactions and trillions of dollars worth of value in the future, we must be extremely thoughtful about the decisions we make today. To protect our community and the network, the Olympia mainnet launch has been moved to July 28th.

What still needs to be done?

To hold, transact, and stake XRD tokens, we believe users need a reliable wallet solution. The Radix Desktop Wallet (as tested on betanet) is included in the Olympia release as one wallet solution to conveniently store XRD and stake them in a few clicks.

However, we understand that many users prefer using a hardware wallet as an additional measure of security, which is why we have been committed to providing Ledger hardware wallet support within the Radix Desktop Wallet. While primary Ledger integration was completed some time ago, recent changes needed for the Desktop Wallet connection have delayed completion.

The core integration is working and will be soon submitted for Ledger HQ for inclusion in their Manager for easy install. However this is too last-minute for our comfort, and the review process often can be lengthy, and so we are not confident that it will be available and fully tested before the bootstrapping epoch ends.

Without hardware wallet support, this would leave many XRD token holders who are more comfortable relying on a hardware wallet unfairly not able to immediately participate in staking for network security and receiving emissions.

Instapass was introduced as a single sign-on digital identity that can be re-used to make KYC/AML compliance easier for end users. While in concept this service appears relatively straightforward, behind the scenes it involves a number of integrations to third party services, and strict adherence to regulatory requirements.

At the go-live review, our integrations were still throwing too many exceptions meaning that it was highly likely that a large proportion of users would get a frustrating experience.

Instabridge was introduced as a cross-ledger asset bridge, starting off with an integration between the Ethereum network and the Radix network, and letting anyone with an Instapass Digital Identity to easily move their eXRD to XRD.

As a result of a number of updates to the Node Runner APIs that were identified as necessary from our Betanet testing, we could not test the custodian integrations to control the flow of assets between both ledgers. While we are confident in how the system has been architected, it did not seem advisable to launch the service before proper testing could be carried out. Our first priority with services of this nature is always safety of funds.

While these three items do not technically prevent the launch of the Radix Olympia mainnet, we feel that launching on the 30th of June leaves too many bad trade-offs around user experience and user security. While this will be disappointing to many, we do not make this decision lightly and feel that it would be irresponsible of us to do otherwise.

The team has a high degree of confidence that these issues will be resolved in the coming weeks for a global launch of Olympia on July 28th.

Throughout the Radix Betanet, the core Olympia network has performed well. The Radix community and validators have helped gather and document a wealth of data that is already being used to further optimize the network and node runner experience. Many of these improvements were due to be implemented after the Olympia release, but the additional time will enable these to be included in the launch on July 28th. Exactly how big of a benefit to network performance this will bring still requires testing, but we will be excited to share the results with the community in due course.

Although the Olympia mainnet will be going live a little later than planned, our planned persistent testnet, termed “Stokenet”, will be launching on schedule in the coming days. Stokenet shares the same codebase as Olympia and is the permanent continuously-running testing and staging network that will run in parallel with the mainnet and allow testing prior to deployment on the mainnet, similar to the Ropsten or Rinkeby testnet on Ethereum. Continued productive collaboration and testing with node runners will continue there. Stokenet’s name was chosen as a reference to the birthplace of Radix, Stoke-on-Trent, England.

Everyone is doing everything we can to ensure a successful global launch of Olympia, and we want to thank everyone in the Radix community for your continued support and understanding in this situation.