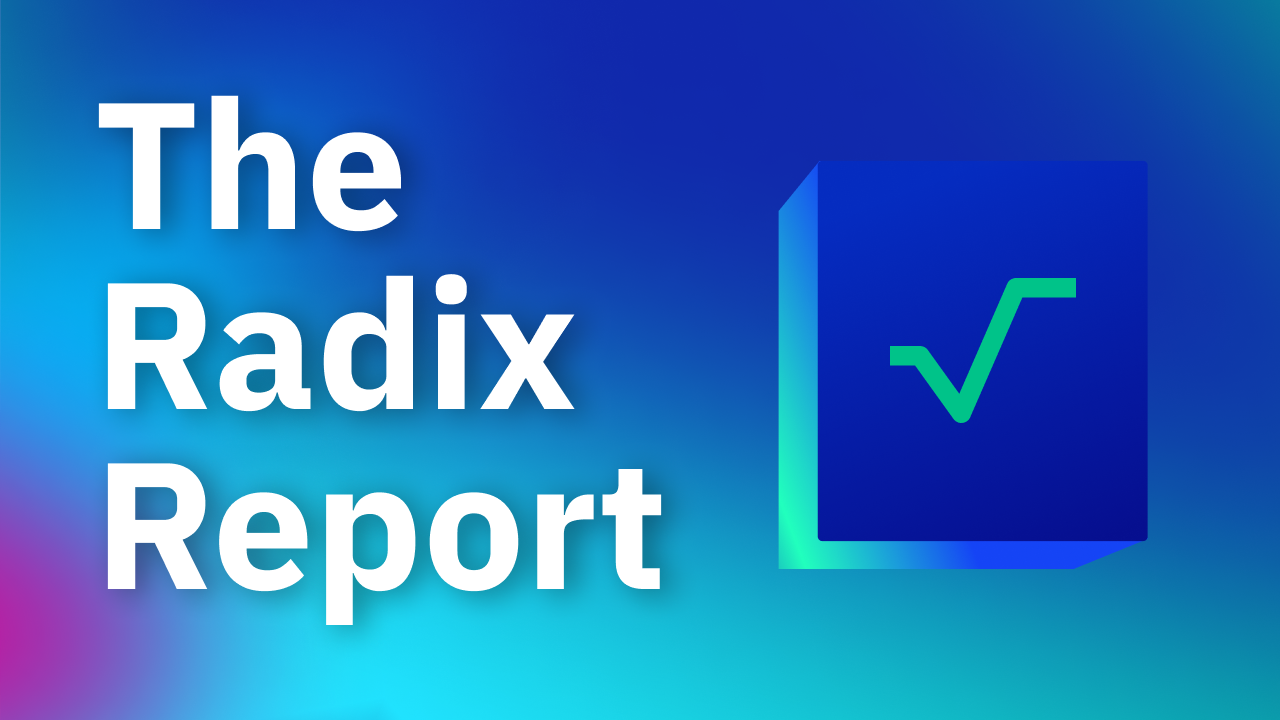 With only three weeks to go before the world gets its first look at Scrypto, we are giving away three Lamborghinis to celebrate! More details below…

If you haven’t already had the chance to read Matt’s excellent blog series to understand why Scrypto is going to be such a game-changer for the DeFi industry, here they are again:

The problem with smart contracts today

With this many issues with Solidity and the EVM, it is kind of mind-blowing how far the DeFi industry has been able to come in the first place.

That was really forced home in our most recent internal Scrypto Hackathon and the final prep for APE Radix! If you haven’t registered yet, here is the good stuff: https://go.radixdlt.com/APE-RSVP

Lastly, I would like to stop and take a moment to give a huge shoutout to the Radix node runner community - not only are we now over $250m in staked tokens, they have also been busy at work building some really awesome dashboards for the network - 100% community built and I love them all!

Here are the first three you should be checking out:

If you like them, keep them in your Radix user flow, and I am sure they will be adding more features soon!

More to come in the next report ❤️❤️❤️

The whole marketing team is in full swing for the Alexandria launch. There are three distinct phases to the launch: the lead up to the APE event, where we are primarily sharing content around the product vision of Scrypto and how it will be a game-changer for building DeFi; Post APE is where people will have the first hands-on with a super early version of Scrypto code, so we will see examples and case studies with excitement building; and finally, post-Alexandria launch, which is the start of main marketing for developers as it’s when people can actually get started and the main activity will be kicking off in January.

Of course, this planning doesn’t stop the marketing machine from driving forward, so let’s look at the last two weeks!

Amidst ongoing development work, the last two weeks included an actual in-person gathering of Radix - full tech team and all! We’ve been growing furiously, and this was a great chance for us to get to know each other as well as rapidly get the team up to speed on all things Radix, Matrix-jack-into-spine style.

The tech team made full use of the face-to-face time. We had some excellent design discussions around items we know are coming down the pike for implementation: “sentry node” architecture options and the sorts of attacks they can prevent, options for more efficient node state syncing, a little discussion on the always-exciting topic of Merkle trees, further automated test architectures, and of course consideration of various methods and tradeoffs for slashing implementation.

We also took a day for a Scrypto DeFi dApp hackathon (with a very rough Alexandria version). This was a highlight of the week. We’re continuing to get a good feel for the benefits of Scrypto, refining it as we apply it to real-world use cases, and creating example code that we can use to get our developer community up to speed. Stay tuned for the Alexandria Preview Event on Nov. 12!

Then on to some selected items of dev team progress:

*Updates provided by members of the Radix community. It may contain inaccuracies.