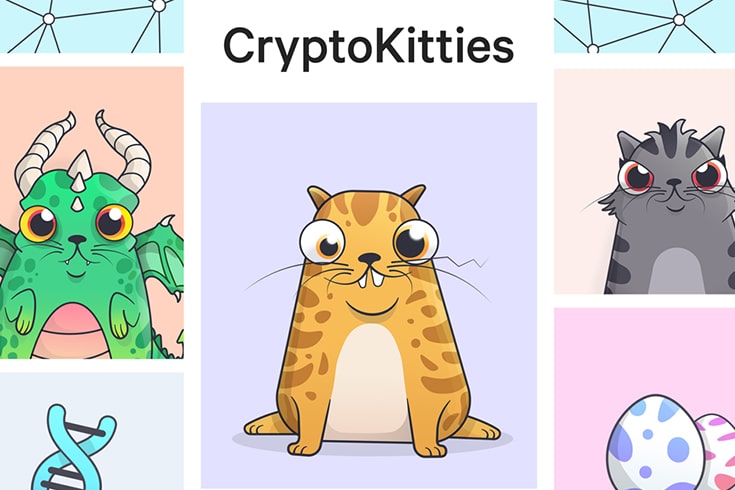 Our discussions so far have focused on what are known as fungible tokens across a range of platforms. Bitcoin are fungible because each Bitcoin is the same as any other Bitcoin. They can be used interchangeably because they are identical. Non-fungible tokens (NFTs), however, allow for characteristics to be added to create unique tokens.

What can we do with NFTs?

Although not the first, NFTs shot to prominence in late 2017 with the rise of CryptoKitties, an Ethereum based game featuring thousands of digital kittens. Despite the seemingly simple premise it exemplifies many of the reasons why NFTs are exciting:

How can NFTs revolutionize the gaming market?

The gaming market is an obvious use case for NFTs, which be used within the digital collectibles market, to improve the gaming experience and ultimately drive mass adoption of cryptoassets.People love to collect items, even those with seemingly no intrinsic value. This is borne out by the recent success of Fortnite, a free to play game which posted revenues in May of $318m purely on the sale of non-essential ‘cosmetic’ items. They pay substantial amounts – often in the thousands of dollars -  for rare items. How much would gamers pay for provably one of a kind items?

How much fervor would be created by a popular streamer selling off their weapons? This wouldn’t be using the same weapon as your favorite streamer used, this would be owning and using their actual weapon - something no-one else could ever say or do.This would also lend itself to branding opportunities, as companies could provide unique in-game items tied to their own services (e.g. just as luxury car manufacturers limit physical scarcity, so too could they create a limited number of digital cars).These digital collectibles would also tie into other collectible markets such as trading cards, which remains a large market.

For example, Major League Baseball recently announced its intention to create an Ethereum based game to capture a younger and digital first market for whom physical cards may feel slightly outdated.

NFTs can also remove the centralized services upon which gamers currently rely. For example, gamers must currently sell their items through either opaque over the counter deals or through fee taking centralized services. NFTs, however, could be transferred freely with selling items becoming as easy as sending a normal transaction.What’s more, these items would become the property of their owner.

At present items can be arbitrarily taken away from you; items are leased, not owned. With NFTs, however, the items cannot be taken from you. The whole world can see which accounts owns the NFT and full transaction history. This will give people more security and confidence when buying.NFTs also offer the ability to create new gaming experiences. Items and avatars could be combined.

Your avatar could become transferrable – along with all its earned accessories – from game to game. Instead of items being designed to be used within games, we may find situations where developers are designing games around items. Third party services will spring up to service and augment these new possibilities, and this will bring forth new ideas.

Gaming, a global and digital first environment in which microtransactions are increasingly frequent, may prove to be the area to drive real usage of cryptoassets. Cryptoassets are generally cumbersome to use for the average person (albeit this is improving), but we will see games and platforms begin to install crypto wallets within the games themselves, enabling players to hold NFTs without realizing they are using the underlying DLT.This newly installed consumer base offers the potential to drive new business models and increase player interaction. For example, it would enable users to buy unique digital objects as gifts for their favorite streamer, which the recipient could then sell on, a means to earn their income.

Games could do crossover events, with items from one game duplicating in the other - a simple airdrop. Consoles could create ‘home’ environments to replace the current static dashboards in which players could wander around personal museums that display their rarest items, with other players allowed to visit, marvel and bid to buy the digital artefacts.It would also allow users to bet items, with PvP gaming taking on a whole new dynamic as players wage their wares against one another, driving new forms of competitive gaming.

They could be used to monetize skill and loyalty, as players could be rewarded with items by developers for a whole host of activities including in-game success, being active members of the community, birthdays/anniversaries, length of service and ultimately money spent in-game.These developments would serve to drive the already large but still nascent e-sports scene. Rather than a few superstars taking home the bulk of winnings, the professional gamer market would change to enable hundreds of thousands of players to earn their living inside digital worlds.

We already spend increasing amounts of time cultivating our digital profiles. Although games such as CryptoKitties may seem basic, they hint at a future where digital objects increasingly resemble the value of physical ones. NFTs will become another building block in the ‘Internet of Value’, where items that were once consumable and replicable become valuable owing to their scarcity. Bitcoin introduced scarcity to a decentralized digital currency, but NFTs may be the means to introduce the concept to a much wider audience.