Sovryn: Making your Bitcoin do DeFi 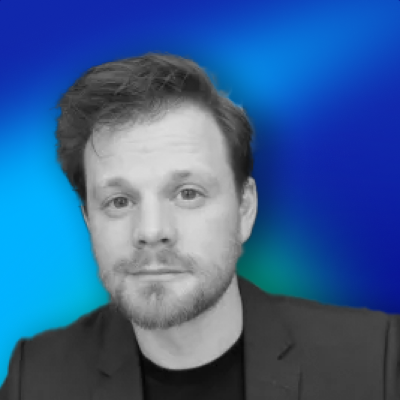 In this episode of the DeFi Download, Piers Ridyard interviews Edan Yago and Ororo Munroe. Ororo and Edan are contributors to the Sovryn.app, a decentralised Bitcoin trading and lending platform bringing DeFi to the Bitcoin. The objective behind Sovryn's creation was to extend the decentralised ethos of Bitcoin beyond the monetary aspect to services such as exchange.

Edan and Ororo worked with other bitcoiners on the project BLOCK-19, a decentralised network of people with 3d printers, who could print N95-equivalent masks to address the lack of masks around the world during the beginning of the SARS-CoV-2 pandemic. To raise funds for BLOCK-19, they launched an NFT on RSK, a Bitcoin sidechain.

Ororo is leading the development effort of Sovryn. The team is working to introduce new functionalities such as borrowing for margin trading, regular borrowing, and direct swaps, as well as different order types. They are also currently developing their governance model and other services such as FastBTC to rapidly convert BTC into native RSK coin.

Edan describes himself as the Chief cheerleader. His goal is to ensure the system is providing its users with everything they need. As a user himself, he recognises the need for the best, smoothest, most secure experience. He works to promote the Sovryn platform he considers part of DeFi and Bitcoin's future and of creating a truly global permissionless uncensorable economy.

Sovryn’s alignment with the Bitcoin ledger

Ororo mentions that she likes the innovation Ethereum brought but remarks that, while many emerging blockchains are competing, the most significant potential lies with Bitcoin. For that reason, the Sovryn team decided to work on Bitcoin layer-2 and on RSK, which provides the same innovation as Ethereum.

Sovryn offers its users the opportunity to make more Bitcoin out of their Bitcoin without the need to buy any altcoin. They can enter a long position using their Bitcoin as collateral or earn a passive income by stacking their Bitcoin in a lending pool and receiving interest.

The Sovryn platform and the OG Sovryn NFT

The Sovryn platform launched on mainnet at the end of September 2020. It is currently in a beta testing phase with whitelisted access that requires an OG Sovryn NFT (non-fungible token). To try out Sovryn and gain early access to the system you can visit og.sovryn.app or contact a member of the Sovryn team on Twitter, Telegram, and especially Discord, where most of the community conversation takes place. On Discord, you can ask Ingalandia for an access code.

Why RSK instead of Ethereum

The crypto space's goal is to provide a permissionless uncensorable alternative to the current financial system, which is incredibly powerful, entrenched, and backed by the sovereign powers of the world. Therefore, it is vital to have a monetary standard to rally around as a community instead of splitting the network effect across multiple altcoins, hence reducing the ability to collectively work towards that common goal.

RSK's functionality is comparable to Ethereum's, and it is also EVM-compatible. RSK does not solve Bitcoin's scalability issues, but it contributes additional scale by acting as a sidechain. However, Bitcoin is more scalable than many other systems because, by design, it requires less throughput and grows linearly.

Sovryn gives its users the ability to earn an equity token by trading, borrowing, or lending. There is nothing unique to the Ethereum ecosystem that cannot exist on Bitcoin’s and no barrier to having the same functionality.

An example of a stablecoin developed on RSK (by the Money On Chain protocol) is the Bitcoin-backed Dollar on Chain (DOC).

The RSK platform uses merge mining, a technique that uses the same hash power devoted to Bitcoin’s Proof-of-Work to mine a secondary blockchain. Working on RSK allows adding less potential risk due to the advantage of Bitcoin’s substantial security.

According to Edan, the Bitcoin main chain is like a law of nature that provides certainty and does not change. Despite this fact, Ororo affirms that a fair percentage of Bitcoin holders, who would be interested in using decentralised services with their Bitcoin if they do not need to hold other currencies, regard extending its functionality with additional programs positively.

The Sovryn team observes the developments in the crypto space and is eager for new technologies and protocols to succeed and integrate with the Bitcoin ecosystem.