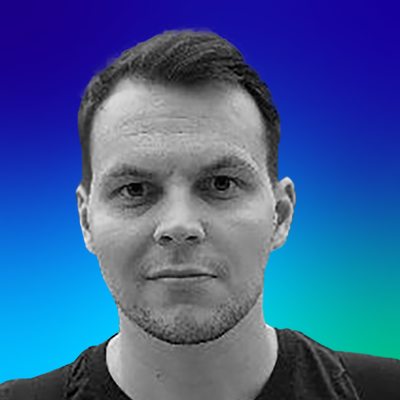 In this episode of the DeFi Download, Piers Ridyard chats with Aleksander Larsen, co-founder of Sky Mavis, makers of Axie Infinity, the largest blockchain game to date, which at its peak had over 2.7 million daily active users. Discussion topics include the criticality of the social aspect of gaming, the challenges of creating an interoperable world within the same IP, and the revolutionary potential of NFTs.

Aleksander Larsen played video games competitively for a decade, primarily Warcraft3, Dota, and Dota2. He always hoped to work in the gaming industry, however, he perceived that there wasn't enough space. He then decided to dive into the blockchain and NFTs because he felt they made perfect sense for the gaming industry.

Axie Infinity was launched at the height of the bear market in early 2018, in response to CryptoKitties, the first NFT game.

From the outside, CryptoKitties seemed like a proof of concept, with no real consideration being given to the ratio of new Kitties added to the ecosystem to the number of active users and potential uses for them. As a result, inflation rates skyrocketed.

After having negative experiences with CryptoKitties, the creators of Axie Infinity set out to develop a game that they themselves would enjoy playing. Building a robust community was one of Aleksander and his team's top priorities when they were developing Axie Infinity.

[02:33] The backstory of Axie Infinity and Smooth Love Potion

[06:31] If everything had already been made and discovered in the gaming industry, why would Aleksander want to get involved? Just what was it about making video games that still interested him?

[07:18] A consumer's natural tendency is to look for faults rather than the things that make a product great. You can't fully appreciate the effort and ingenuity that goes into building something until you switch roles from consumer to creator. Was Aleksander's experience as a game developer reflective of his prior sentiments toward games as a gamer?

[10:48] In what ways did Aleksander find CryptoKitties to be flawed?

[16:02] What changes have occurred in Axie Infinity’s vision as time has progressed? How similar is the current artwork to the original?

[17:52] How does Axie Infinity's approach differ from something like Flow Blockchain?

[21:46] How did Aleksander maintain his optimism and motivation through Axie Infinity's low points, when the company had only a month's runway, the market was in the middle of a bear run, and members of the community were leaving in droves?

[25:28] Why, in Aleksander's opinion, will the introduction of NFTs and the ability to own digital property have such a profound effect on society at large?

[27:48] Web 3.0, DeFi, the NFT space, and the gaming industry all place a greater emphasis on achieving community product fit before product market fit. How did Axie Infinity achieve it, and what is the formula, according to Aleksander's knowledge?

[30:01] Beyond not being present, what are the most common causes of failure when organising a new community?

[33:48] How did Axie Infinity find product market fit, and what factors were instrumental in turning it from an interesting concept into a viable product?

[37:31] What happened internally when their own blockchain Ronin was launched, and the number of daily users increased by the thousands?

[41:45] How did Aleksander and his team decide what to prioritise when they first started scaling?