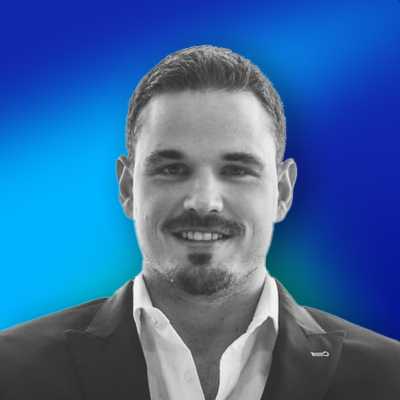 In this episode of DeFi Download, join Piers and Trevor Koverko, founder of Polymath, as they explore the realm of digital securities on the blockchain. They discuss security tokens and their components, market infrastructure problems, cross-jurisdictional regulatory compliance, identity concerns and permissioned blockchains.

In this episode of DeFi Download, Piers talks with Trevor Koverko, founder of Polymath, about digital securities on the blockchain. Trevor is an early leader in the blockchain community in projects such as Ethereum, EOS, Hashgraph, and ShapeShift.

Polymath is a decentralised platform that simplifies the process of creating security tokens and conducting security token offerings. Piers and Trevor begin their discussion with the history of Polymath, when and how it was founded, its current situation and partnerships. They delve into the reasons behind the failure of its first attempt and what new ideas and solutions the Polymath team has developed along the way.

Polymath was born in 2017 when Trevor Koverko and Deven Soni decided to combine their two passions, crypto and investing. Chris Housser joined them as a co-founder. Early on, they found out that it was impossible at that time to reconcile crypto and securities laws.

They found inspiration from projects like Blockchain Capital (BCAP), founded by brothers Brad and Bart Stephens who pioneered the first security token by tokenising a VC fund, and companies such as Shopify, that makes it easy for anyone to sell anything to anywhere.

Security tokens and securities, in general, have their own unique set of demands and needs as well as parameters that deserve their own purpose-built solution. Despite how much the founders of Polymath love Ethereum, it became clear that it wasn't invented specifically for securities. So, instead of building at the layer-2 (which is what they did at first by building the smart contract layer on top of Ethereum), they realised that they were uniquely qualified to build a security token layer-1.

They announced the Polymesh blockchain at Consensus conference on May 2019 and launched the Testnet V1 “Aldebaran” on June 23, 2020.

A security token is a simple concept: it's a digitally native representation of a traditional legacy security, anything that can benefit from tokenisation, whether that is a stock, a bond or a derivative. A security token is useful because it can solve real problems and create significant cost savings and efficiencies.

There are four main components of a security token:

During the interview, Trevor analyses each of these components.

Trevor stresses the importance of resolving regulatory compliance first within the largest and most difficult regulatory country, the US. Smart contracts have programmable ownership, which theoretically helps the process to be streamlined significantly, and no matter how nuanced the regulatory intersections are, it is quite possible to unwind and program them into how these smart contracts interact with each other. Besides, as identity starts moving over to the blockchain, it will be possible to untangle the mess of compliance globally. Trevor sees a lot of potential in this field, especially with what Polymath is doing first-hand.

A prominent issue, according to Trevor, is lack of market infrastructure. To establish a flourishing ecosystem of tokenised securities with strong chain links every part of the whole (custody, transfer agent, secondary exchange, issuers, investors, etc.) needs to come online simultaneously. Polymath aims to be the connective tissue between the above disparate stakeholder groups as well as a technology platform that connects the broker-dealers and secondary exchanges that are embracing tokenisation. It takes time to build this infrastructure, and for the regulators to come around, however, there's significant developer interest and demand for blockchain-based tokenised securities.

Polymesh has four key design principles or pillars that work as a feedback loop:

The team at Polymesh listens to feedback that real-world users and financial institutions provide and try to solve the problems that they bring to their attention.

The principle of identity, specifically, is the core fundamental design principle of security tokens. Polymesh is not a KYC provider, but they have dozens of integrations with several major KYC providers.

The importance of building a community

Trevor believes that “community is an important part of a blockchain project. It literally is the project. If it's not a community-driven project, then it's not a decentralised network.” Developers, thought leaders and people who defend the product/market fit of a particular project are what consists a community.

Can DeFi be permissioned?

Permissioned blockchains add an additional level of security, which is vital in a security token. It is also something that carries fewer regulatory risks. But for the broader and especially the hard-core DeFi market, permissioned DeFi will sound like a contradiction of terms.