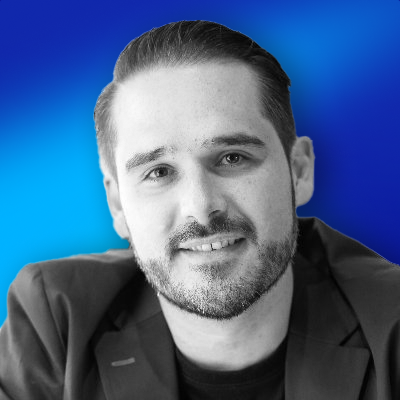 In this episode of DeFi Download, Piers talks with the founder of Nexus Mutual Hugh Karp, about decentralised insurance. Hugh is an insurance professional with 15 years of experience in a wide variety of insurance and reinsurance positions. He has also been a blockchain enthusiast since 2011.

Nexus Mutual is a decentralised, people-powered alternative to insurance that provides cover against smart contract failure with Smart Contract Cover. It is a peer-to-peer discretionary mutual built on the Ethereum blockchain.

With the aid of smart contracts running on Ethereum, Nexus Mutual creates incentive structures in the form of a token (the NXM) to ensure that the members of a mutual have aligned incentives and do the right thing. It creates a shared pool of capital to cover risk for each member and among each other. Nexus started developing a product that covers crypto-native risks because this is where its initial user base resides and because the standard insurance industry does not currently cover risks in DeFi crypto.

What risks does Nexus Mutual cover?

Smart Contract Cover, launched in 2019, is Nexus’s first product. It covers against bugs or hacks in Solidity code running on Ethereum. If there is a bug in the code (such as during the Dao hack and the Parity Multisig wallet issues) and a user loses access to their assets, Nexus Mutual pays out a claim.

The case of the bZx hack

The first claim that Nexus Mutual paid out was due to the bZx hack. bZx is a lending protocol, a money market running on Ethereum. This first payout, which amounted to about 60,000 USD and took place after a voting process between members of the mutual pool, allowed them to demonstrate that their system is indeed effective and to establish a positive reputation that can facilitate further adoption.

Before that first payout, Nexus’s primary customer base was "crypto gamblers", individuals who take great risks while experimenting with DeFi platforms. After the payout, there was a massive uptick in interest and adoption, with more risk-averse DeFi pros and small hedge funds joining the platform.

It is reasonable to assume that the rise of DeFi will only be feasible with the existence of insurance. Insurance is vital for adoption and growth because people are willing to take on certain risks that they understand, but they prefer to avoid risks that they do not.

The Nexus Mutual team aims to be able to add new products that should be as simple as adding a new token pair on Uniswap. Additionally, they are investigating solutions for issues such as slashing risk for a 2.0 staking and centralised exchange hack cover.

Main challenges holding back the DeFi and crypto spaces

Trevor believes that “community is an important part of a blockchain project. It literally is the project. If it's not a community-driven project, then it's not a decentralised network." This community is made up of Developers, thought leaders and people who defend the product/market fit of a particular project.

The advantage of using something like Nexus Mutual versus Aviva

Permissioned blockchains add a level of security, which is essential to a security token. It is also something that entails fewer regulatory risks. But for the broader and, in particular, the hard-core DeFi market, permissioned DeFi would sound like a contradiction of terms.

Building a community and keeping them engaged

Using platforms like Discord has been very helpful to the Nexus team for getting more people involved. They have also been using tools such as signalling votes and quick polls to get initial feedback from members of their community. Another crucial point is that they focused on attracting people with security audit experience, especially during the development of their first crypto products. Lastly, members of the security community they met at conferences have responded positively and provided them with essential feedback.