Metaversal - NFTs are much cooler than you think. 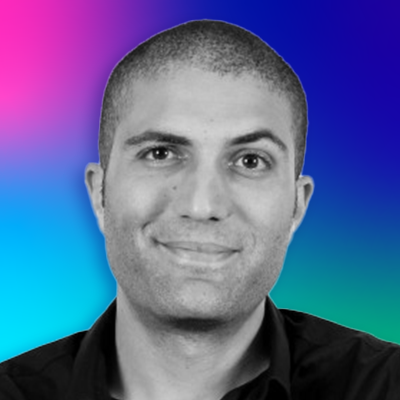 In this episode of the DeFi Download, Piers Ridyard is joined by the founder of Metaversal, Yossi Hasson. Metaversal is an NFT curation company that raised $50 million in funding earlier this month (January 2022). They are a holding company that invests in and creates new NFTs through their venture studio.

Influenced by Jake Brockman, founder of the crypto VC fund CoinFund, and the explosion of the NFT market with CryptoPunks, Yossi and his team launched a metaverse-focused fund. Today Metaversal has both an investment arm as well as a production studio arm.

Metaversal has its own DAO, called MetaLetters, which is based on the model of Nouns DAO and aims to empower and support new emerging creators. Metaversal releases a new letter every day under a Creative Commons licence. The winner of that auction becomes a member of the DAO, and the proceeds of that auction go to the letter's creator. In addition, the creator also joins the DAO and has a say in how that treasury is spent.

[00:45] When and how did Metaversal get started? What sparked the idea, and how did it blossom into a $50 million Series A round of funding?

[03:41] What does an NFT investor currently own, according to Yossi? What needs to change or mature, in his opinion, for NFTs to be considered serious asset classes?

[10:22] Which among the three NFT examples, Bored Ape Yacht Club, CryptoPunks, or the Nouns DAO, does Yossi believe has the most effective approach? Is he of the opinion that a different path could be taken?

[14:03] It is common for a brand to become a ferocious defender of itself as it grows in size. Anything that detracts from that, as in the case of Pepe the Frog, can harm the brand's value. How does one go about curating a brand's image? Is commercial licensing ultimately more valuable than an entirely open-source brand?

[24:22] How can companies like Disney be persuaded to consider their intellectual property in a Metaversal way? What should they think about when it comes to entering the metaverse, correctly positioning themselves, forming a community, and so on?

[31:35] In the crypto world, there is a lot of naivete when it comes to money. There's a widespread belief that the more money we throw at something, the better it will turn out. Whereas, in many cases, the initial issue is the dissemination of the fact that the event is occurring in the first place. With this in mind, how does Metaversal approach the creative community outreach aspect of things and how do they build a creative economy?