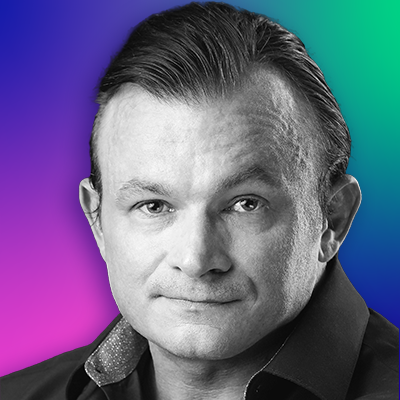 Sino Global Capital is a venture capital firm that specialises in investing in international blockchain companies and bringing them to emerging markets.

Matthew Graham used to work as a sell-side banker in emerging markets, bridging technologies to mainland China for strategic partnership and investment. He followed Bitcoin as a technology for many years and found it fascinating.

When Ethereum debuted, he saw it as a generational opportunity akin to the internet in the late 1990s, and he shifted his newly established business to capitalise on it.

To Matthew, the advent of Ethereum meant that traditional limitations could be broken down and entirely new avenues of exploration opened up. As a result, value in a variety of contexts, not just monetary, became increasingly important.

[02:55] What was it about Ethereum that convinced Matthew that it was a once-in-a-generation opportunity?

[05:10] When was Sino Global Capital established?

[07:52] According to Matthew's experience, how has China changed in terms of foreigners working there and establishing a successful foreign enterprise in the Chinese market?

[09:30] What does Matthew recommend to his portfolio companies in terms of entering the China markets, which most people find terrifying?

[11:40] What is the company's general thesis, and what do they advise new investors in the crypto space, based on their experience investing relatively early in various projects such as FTX, Solana, Polygon, LayerZero, Serum, Stargate, Zapper, and others?

[13:19] What distinguishes Matthew from other crypto fund managers?

[14:16] What are the recurring macrotrends from previous historical periods that Matthew believes will be important in the next 5-10 years?

[16:33] What Matthew sees as likely bright spots for the next wave of DeFi applications

[19:17] Browsers, a piece of software that people had never used before and had to be taught how to use in order to access the internet, were required for the internet’s widespread adoption. Are we going to need something similar for crypto, such as a new piece of software that people will need to understand that is distinct from other pieces of technology, or will crypto technology be integrated into everyday things that we already use as software and are already familiar with?

[20:39] What is Matthew's general outlook on the current events in the market and how they are affecting crypto?

[22:11] Many people are concerned about China's shadow banking system and the potential collapse of its property markets, which could have repercussions elsewhere. Is Matthew concerned about a China collapse in the property or financial markets in the next two years?

[24:15] Why should the crypto industry care about de-globalization?

[28:13] The information barrier as experienced by the average Chinese person and the middle-class, and the decline in interest in using foreign services as a result of the proliferation of domestic alternatives

[31:01] What does Matthew think about Tornado Cash's censorship in terms of government intervention in markets?

[32:43] What action should the US government have taken instead, and what should be done in response to people removing Tornado Cash code from GitHub?

[33:43] The Napster example of file sharing and copyright infringement facilitation: Are we transferring the same concept to a new platform?

[39:01] What impact will the Terra Luna collapse have on the regulatory response?

[43:16] Will there be a self-regulator for the cryptocurrency industry, like there is for the pharmaceuticals industry?

[45:29] Where can you learn more about Matthew and Sino Global Capital?