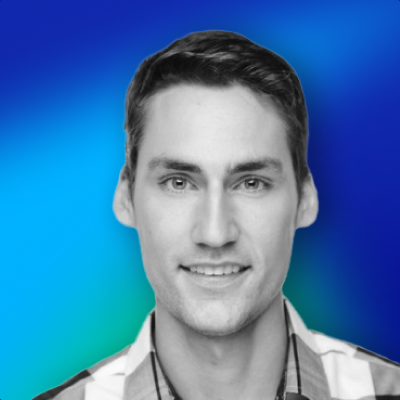 In this episode of DeFi Download, Alex Wearn, co-founder and CEO of IDEX, joins our host and CEO of Radix, Piers Ridyard. They delve into a variety of subjects: from the advantages and disadvantages of centralised and decentralised exchanges to scalability and composability issues, to yield farming and the future of the Ethereum network.

Below you can read a summary of the main points explored during this interview.

Why is IDEX the world's most advanced cryptocurrency exchange?

Until some years ago cryptocurrency exchanges were centralised so that the exchange and custody of cryptocurrency assets, as in the case of Coinbase or Binance, were operated by one company. Handing control of your assets to the operator, however, goes against the fundamental cryptocurrency design principle.

"Not your keys, not your coins."

The above phrase means that the person or entity controlling the cryptocurrency assets can lose them in a hack or a theft, and it may be very difficult or even impossible to recover them from the hacker.

In addition, centralised exchanges control not only the keys and ownership but also the functionality of cryptocurrencies. Many cryptocurrencies may, for instance, be used to control or put forward votes or other mechanisms to influence the underlying networks and their operation.

In response to the above, IDEX offers users flexibility and choice by developing a system where the exchange focuses solely on the exchange components, bringing buyers and sellers together, while users can plug in whatever custody solution they prefer.

Below are the main points from the knowledge that the IDEX team gained during its journey:

CFMMs like Uniswap emerged from a desire to tackle some of the same issues that IDEX seeks to solve. Uniswap's focus has been on the latency and costs of running an order book on-chain. Their solution was to get rid of the order book entirely instead of bringing it off-chain, which is the approach IDEX has taken. Uniswap's strategy relies on arbitrage and can result in 'impermanent loss'.

IDEX's approach to solving the problem was to bring order placement, matching and execution off-chain in a more traditional exchange infrastructure. Their innovation has been pairing that with a smart contract for custody and settlement so that users get the UX, performance and low latency of a centralised exchange, combined with the security of a decentralised exchange.

A notable cryptocurrency trend in the last couple of years has been earning yield on top of one’s own assets. Various solutions have been developed for this purpose: lending platforms like BlockFi, that allow you to lend crypto to someone else easily and directly. Decentralised lending protocols, like Compound, Aave, etc. And lastly, ways of market-making and earning fees on protocols like Uniswap and Balancer.

Although there’s a lot of community enthusiasm, assets do not, in most cases, have a clear-cut value accrual mechanism. There are governance mechanisms, however, that allow individuals to enact changes, which may let the protocol accrue value in the future. Therefore many people practice yield farming with the above expectation in mind.

Congestion on the Ethereum network

IDEX reached its peak of growth in 2018. The application took up as much as 20% of the Ethereum network capacity on days of peak use. To be able to grow free of the underlying network's constraints, they looked at other blockchains but concluded that the ecosystem itself remains primarily on the Ethereum network, at least to date.

So, with Eth2 development and plans to scale the underlying network taking as long as they do, they began looking at alternatives. They came up with a unique in-house layer-2 design (“Optimized Optimistic Rollup”) to implement in version 2.0.

The current version (1.0) of IDEX as of August 4th when the interview took place had its development started in 2016. Version 2.0, a significant upgrade from 1.0, was launched on October 20th.

The UI, the UX, their understanding of the Ethereum network and of designing a high-quality decentralised application have changed considerably since 1.0. In developing the new version, the IDEX team brought all their learning and experience from the current version, but took almost no code from it, since they felt the need for a fundamental architectural change and ground-up redesign of most elements.