Democracy Earth: Voting Without Identity? Governance and Democracy in the Digital Age. 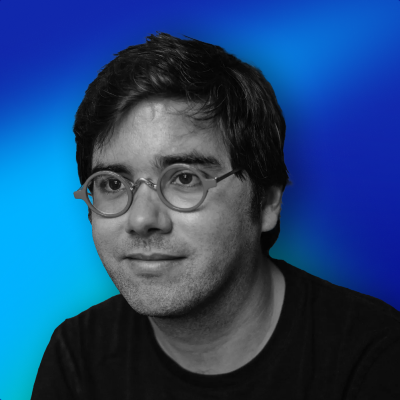 In this episode of the DeFi Download, Piers Ridyard interviews Santiago Siri. Santiago is the founder of Democracy Earth, a non-profit organisation founded in 2015 and committed to understanding democracy in the information age.

During the past five years, Democracy Earth has been experimenting with different types of democracy (liquid democracy, direct democracy, participatory budgeting, and quadratic voting). The aim is to get a better sense of what works and what does not in decision-making processes that require high legitimacy levels and may provide answers and solutions to constituencies facing conflicting and complex questions. The team has run multiple pilots for different constituencies, ranging from political parties, government, and non-profit organisations to blockchain protocols.

Governance is a broad topic that defines history. Human institutions have been evolving throughout the centuries intending to provide answers to people.

Democracy is a system that does not claim to have all the answers. Instead, it is a system about deciding how to decide. It is in constant evolution, change, and adaptation to new challenges.

The current state of governance within the blockchain protocols is mostly plutocratic. It relies on token voting, which gives more power in the decision-making process to those holding a larger stake.

In specific organisations, such as private corporations with shareholders, this type of system works well but in others, where there is a conflict of interest, problems arise. Democracy Earth aims to discover governance systems that go beyond the approaches of private corporations.

Democratic systems face the challenge of working only when the losing side is willing to accept the result. Therefore, it is essential to acknowledge that democratic systems function within hostile environments, and malicious actors attempt to exploit the system in their favour and corrupt it to serve their interests. For this reason, these systems need to be extraordinarily resilient and antifragile against hostile interests.

Moving away from plutocracy: lessons learned

During the last five years, every experiment that Democracy Earth has conducted has been attacked and hacked by individuals or groups that tried to overtake or win the election.

For example, during their very first implementation of digital democracy open to the population's participation, each of 14 political parties introduced a bill in the Congress of Buenos Aires, Argentina. One of those parties exploited system vulnerabilities, and Sybil attacked the servers, creating 6000 addresses to vote in favour of their bill.

From the above experience, the Democracy Earth team learned that their method of authenticating users participating in the system and identifying who had the right to vote was ineffective.

Furthermore, when they used the software internally for their party (Partido de la Red, The Net party), it became clear that whoever controls the database controls an election's outcome. Client-server architecture and reliance on a database resulted in administrators gaining the power to accelerate certain people's access to voting while holding back other party members.

How to approach the complex nature of identity

Understanding what identity means and how we can confirm it is vital to democracy, especially in a post-Facebook and post-Cambridge Analytica era and the emergence of several blockchain protocols.

Perhaps plurality voting (also known as first-past-the-post) does not result in fair representation. Looking at traditional elections, one notices that they are practically 51% attacks on the system itself. In recent years, several significant game-theoretic innovations have been proposed as alternatives, such as quadratic voting.

According to Edward Snowden, identity is the one vulnerability being exploited across all systems. This observation has become the guiding principle of Santiago Siri and Democracy Earth.

An approach that seeks to address identity validation uses Turing tests that participants must solve simultaneously. These Turing tests are machine learning resistant, meaning that they are not exploitable by algorithms. They also cannot be generated by an algorithm but by human creativity. They ensure that the entity figuring them out is indeed a human being and not a machine.

Another issue of identity authentication is that on certain occasions, it is required to ensure the person has the agency and permission to vote on a particular subject, such as country elections.

One of the guiding principles (and inspiration for the name) of Democracy Earth is picturing a world that is no longer limited by the scope of the nation-state.

The internet and the cyberspace disrupted the “nation-state” concept. Crypto-economic protocols brought forth the development of a new sense of citizenship or belonging to new kinds of political and economic communities, no longer limited by geography, national borders, or literature’s reach throughout a region, but rather by information.

The internet has instigated a cultural revolution and an institutional transformation. We can create crypto-economy protocols that preserve people's self-sovereignty and program into computer code rules that limit or define what we can or cannot do with financial systems.

Orwellian entities' appearance posing a threat to our privacy, rights, and identities was, sadly, the consequence of not having enough respect for privacy. Technology plays a central role in generating the problem, but at the same time, it can play a central role in providing a solution.

Quadratic voting is a decision-making process Santiago finds promising. It is a governance system where everyone obtains the same number of tokens for voting and the cost of voting increments quadratically. For example, one vote costs one token, two votes cost four, three cost nine. This way, voters designate their preference while also weighing its intensity, and they may concentrate their tokens on one topic strongly connected to their lives and personal interests, or on a wide range of issues.

Quadratic voting does not extend to all use cases of democracy. According to Santiago’s experience, it is most effective when there is a need to prioritise numerous issues. It allows for organic distribution of preferences but introduces complexity in the decision-making process.

Quadratic voting can become an effective mechanism for minorities to represent themselves. Typically, the outcome of elections around the world is a 60:40 or 55:45 ratio. Essentially, it is the interplay between the majority's weak preferences versus the strong preferences of the minority that decides the winner. Quadratic voting helps break apart this gridlock and reach a configuration that might better represent a diverse set of voices.