Blockchain.com: building the amazon.com of crypto. 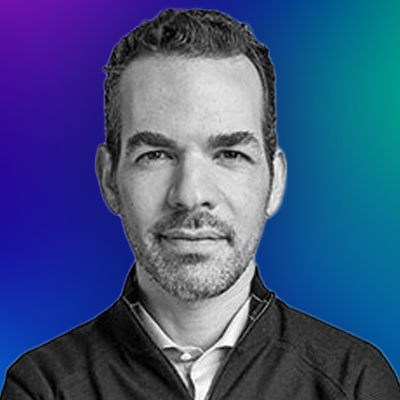 Blockchain.com is a true crypto finance house, serving both consumers and businesses in a meaningful way. It began as a wallet, and it is one of the oldest cryptocurrency companies (11 years incorporated). It was formerly known as blockchain.info, a blockchain explorer founded in 2011.

Blockchain.com offers a popular crypto wallet, a quick exchange, and an institutional client platform. These services combine to make it the world's most popular destination for consumers and businesses to buy, sell, and trade cryptocurrency.

Blockchain.com is the Amazon.com of cryptocurrency, offering a wide range of products and services built on a common infrastructure and platform. The non-custodial wallet, which functions similarly to a safe deposit box rather than a bank account, is a core offering of Blockchain.com. The wallet's non-custodial nature was especially appealing to early crypto users, resulting in the company's growing popularity.

01:15 Lane Kasselman as President of Blockchain.com and the company's growth under his direction

01:56 How does Lane describe Blockchain.com and who its ideal user is?

05:20 What was unique about the DNA of Blockchain.com, and what did it do differently to remain in the space when many other wallet companies have vanished?

08:05 Are exchange products and institutional products on Blockchain.com custodial? What was the internal narrative behind the company’s current offering of easier-to-use services for consumers and businesses, given the early decentralisation maximalism basis of "not your keys, not your crypto" that drove the company's early success?

10:35 Numerous markets in regions with troubled financial systems have adopted cryptocurrencies as a replacement for their failing monetary structures. What factors contribute to its relative lack of popularity in the Western world?

14:59 Neobanks were instrumental in laying the groundwork for new technology finance.

17:20 Most people would rather play it safe with their money than take any chances with it. However, the crypto community tends to attract those with a high-risk tolerance.

18:28 A challenge to the Blockchain.com model: Because decentralised finance is still in its early stages, we have tended to provide a safe-feeling consumer experience, such as Blockchain.com's customer support. MetaMask and Uniswap, on the other hand, provide no such help. Will there ever come a time when users are knowledgeable and comfortable enough with decentralised platforms to abandon centralised ones?‍

24:22 Will Blockchain.com's super wallet strategy additionally include providing users with an intuitive interface for accessing services like Aave, SushiSwap, and Uniswap?

26:14 The entire consumer model is all about value-add and an appealing interface, both of which crypto lacks. Another hot topic is regulation. Where does regulation fit into the development of better interfaces for services built on top of public ledgers that provide yield, liquidity opportunities, borrowing and lending, and are packaged into consumer-friendly products?

33:49 One of the most serious issues in the regulatory sphere right now is the delay in thinking. The majority of regulatory enforcement actions have focused on obvious scams. Demonstrating the value of the cryptocurrency industry has become more urgent and necessary.