Balancer: How to auto-balance your crypto portfolio. 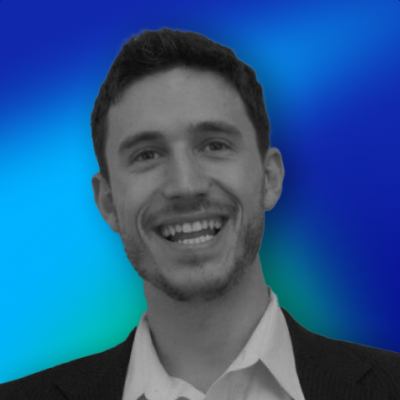 In this DeFi Download episode Piers Ridyard talks with Fernando Martinelli, co-founder and CEO of Balancer, a protocol for programmable liquidity. In the whitepaper written by Fernando Martinelli and Nikolai Mushegian, it is described as “a non-custodial portfolio manager, liquidity provider, and price sensor.”

After publishing their whitepaper in September 2019, Balancer officially went live on the mainnet in March 2020. The Balancer Labs team has made every attempt to ensure that Balancer is a safe protocol. They have recently deployed their Smart Pool factory to test on mainnet, and it’s being audited by samczsun.

Balancer allows you to add liquidity or to put your tokens into a contract that creates more money by allowing others to trade with your assets. Fernando compares Balancer to a magic box in which you can put your playing cards and lock them. When you open this box, you will see that more cards have been magically generated. This magic box also makes certain that your cards are automatically rebalanced.

The importance of Portfolio Rebalancing

Fernando and Piers explore the importance of portfolio rebalancing and how the Balancer protocol works to achieve this. The key purpose of rebalancing is to ensure that your market exposure and idiosyncratic risk are controlled. It also means that you can cash out regularly to pay costs and buy other items that might increase in value in the future, but also to retain a percentage in cash and not just assets.

For the Balancer Labs team, the concept of rebalancing, which brings in mind Markowitz’s Modern Portfolio Theory and the Efficient Frontier, is useful in more ways than just establishing diversification. To elaborate Fernando refers to the concept of smart pools.

Liquidity is essential for every token and project. The total circulation of tokens is reduced when a slashing event occurs. Smart pools can be used by protocols to enable them to slash stakers and at the same time prevent drying up the liquidity of their tokens.

In the Aavenomics framework created by Aave, a feature called the Safety Module has been implemented that provides a security mechanism in case of a black swan event (specifically a Shortfall Event) to mitigate the deficit and reduce the impact of the event on the token. This Safety Module is built using an 80% AAVE / 20% ETH Balancer pool. People can add liquidity to that pool in AAVE and ETH, and they can then either stake the AAVE token or the Balancer Pool Token (BPT) that represents 80% of value in AAVE and 20% in ETH. The Balancer protocol guarantees that the dollar value ratio of the two tokens is maintained at 80%/20%.

This way, the Balancer pool tokens are locked in the staking mechanism and used as proofs of liquidity, but at the same time, the tokens that are in the pool are available for trading. The liquidity providers, who contribute to that pool and lock up their capital to help the system recover from a catastrophic event, are allocated rewards in the form of Liquidity Provider (LP) tokens, the BAL tokens.

Although Balancer bases its AMM functionality on the x * y = k formula proposed by Alan Lu and advocated by Vitalik Buterin, it also expands on this principle by offering wiggle room for assigning relative weights and flexible trade fees, instead of having two tokens with a 50%/50% ratio and a 0.3% fee like Uniswap.

The Balancer Labs team is more invested in the idea of liquidity mining than that of yield farming. Despite appearing to share the same objective, Fernando makes a distinction between the two concepts:

The incentive structure that Balancer Labs desires is to make sure that people who receive BAL tokens have the highest interest in the project. Their main objective for the use of liquidity mining is to distribute the ownership of the Balancer protocol such that, at some point, they will achieve their decentralised vision of having token holders invested in the project and people outside the company (which may eventually dissolve) developing its software.

The types of Balancer pools