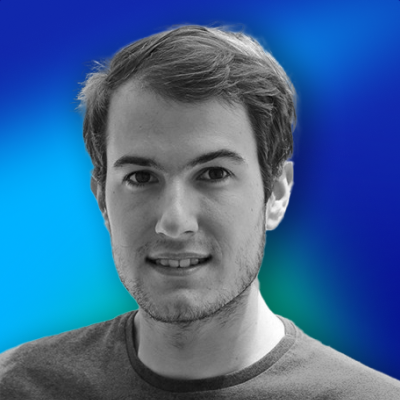 The beginning and purpose of Aragon

Aragon started in 2016 as a response to the problem of governance. It aims to provide people with the tools they need to govern themselves and the world more efficiently and effectively.

What is a Decentralised Autonomous Organization (DAO)?

A DAO is an organisation with no central leadership that is fully global and borderless and coordinated over the internet. It is available to anyone who has an internet connection and regulated by a set of rules native to the protocol automatically enforceable via smart contracts on a public blockchain. The goal of a DAO is to incentivise people to achieve a shared mission.

Benefits of a DAO:

While still at their early adoption, DAOs allow the development of systems that can scale from small organisations to large ones with thousands of employees and stakeholders. For example, Uniswap, being a very primitive decentralised organisation with simple rules, can coordinate thousands of users and producers thanks to its coherent set of rules on how to interact with the protocol.

The example of Uber, and how it differs from a DAO

Uber is a ridesharing marketplace that has users (the people who want to go from one place to another), producers (the drivers) and is itself a maintainer (the digital platform that connects users with producers). There are also investors, shareholders and other stakeholders.

Due to the governance structure of a company like Uber (created by people who have the motive to extract as much value from it as possible), the incentives of the above categories of people are very different and often misaligned. This misalignment can lead to exploitation, inequality and conflict.

Uber is not, in essence, a truly global corporation. Its parent entity is a US entity. The company is subject to US law and has a board of directors as its central leadership.

Aragon enables smart-contract-powered interactions: by building a DAO with Aragon, you can create incentive laws and program them to be fair. You may generate tokens and distribute them broadly. If there's a lot of demand for them, their price will increase. Users would therefore monetise their early adoption in this manner. Over time, as their value increases, they may end up holding a valuable stake in what will potentially become a strong network.

More than 1500 DAOs have been built on Aragon. Some more prominent ones are PieDAO and Curve.

Aragon’s approach to the issue of governance

The challenges that decentralised governance faces are the risk of individuals attempting to take over the system. One example is the 51% attack, where an entity controls more than 50% of the hash rate and threatens to disrupt the network.

Aragon has designed tools, such as their own decentralised dispute resolution mechanism, the Aragon Court, to mitigate such concerns.

The Aragon Court, a core piece of the Aragon platform, is an impartial entity that does not correspond to a specific organisation. It deals with the kind of dispute that requires judgment by human jurors, who review the evidence and vote anonymously.

Holders of ANT tokens can stake and convert them to ANJ, which allow them to be drafted as jury members and to be rewarded for the successful dispute resolution by a majority win. Jurors, however, are also incentivised to vote honestly, by having the option to appeal for additional fees.

The Aragon court system is still at the very early stages. They are currently running a precedence campaign to stress-test the protocol and build trust and a positive reputation.

The Gardens template, created by a community member of Aragon, encapsulates all of the research they have performed on how to create fully decentralised organisations that do not require a legal entity. The template's purpose is to support bottom-up grassroots coordination in decentralised networks. It is a framework that online communities can use to organise and coordinate around causes, social movements and more.

The Aragon Network DAO acts as a digital jurisdiction that facilitates the creation of efficient decentralised organisations. Aragon has a token, the ANT, a dispute mechanism, the Aragon Court, and currently developing its own proof-of-stake blockchain, the Aragon Chain, which will be tailored towards DAO support and interactions that will not require the composability Ethereum offers.